Posted on October 2, 2014 by robinofrockridge

Shattuck Oklahoma is home to one of the few windmill museums & parks in the U.S.A. Celebrating its 20th anniversary in 2014, the all volunteer work week crew gathers annually to service and restore the antique water pumping windmills.

Vernon from Oklahoma and Eddie from Texas were part of crew who built a new tail for the 18 Railroad Eclipse windmill. 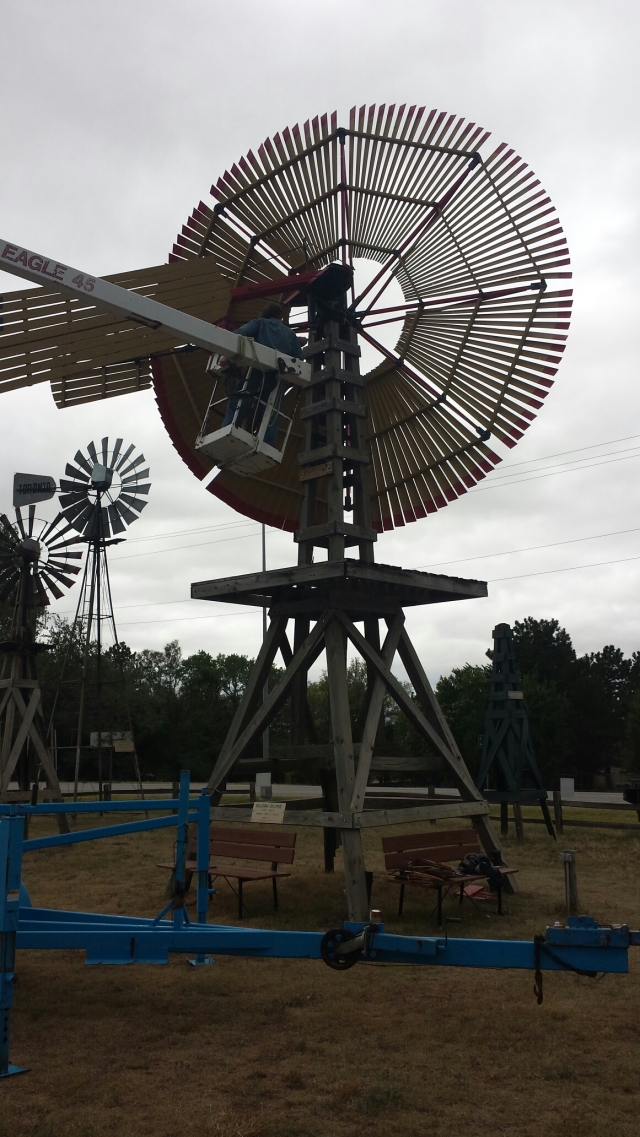 Vernon and his son John are up lettering the

tail and servicing the Eclipse now.
Come on by! 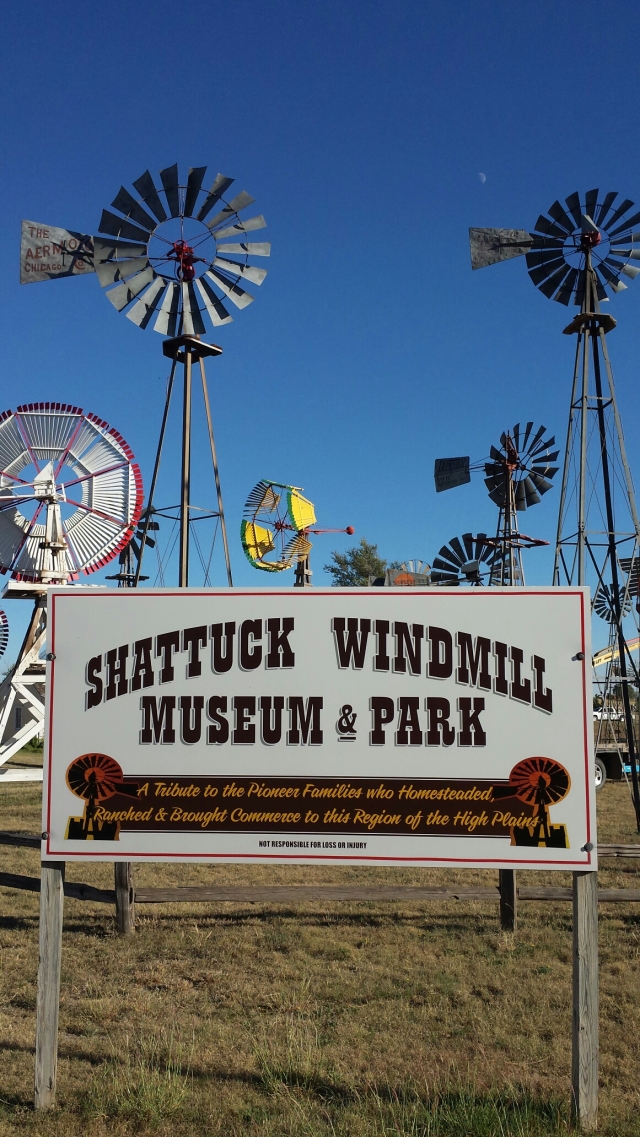 I write books for kids.
View all posts by robinofrockridge →
This entry was posted in Uncategorized. Bookmark the permalink.